Friday afternoon. I close the door behind me as I head out for my training and suddenly realise: That was the last time I left the house with three liters of water and five kilos of rice in the pack. The packs of rice stacks easily, the water can be poured away if it all gets too heavy. That was the last time I headed out to the stairs. The stairs…

These are the only stairs that matter to me right now. I am at the parking of the LUMC. I eye up the first two flights. I will go all the way to level 13 (104 steps), fifteen times in total (1300+ steps). That is the plan. I did it last week, and nearly bailed out at the thirteenth ascent, but resumed after a short break. I hope today will be easier. I don’t have any reason to assume so. Earlier I felt so tired in the office that the bed was a much more inviting option than the stairs. But I cannot let my team mate down, and the moral obligation to be the other half of a well-trained team is why I am here at the bottom of the stairs, convincing myself that I need to get up there, and that this will make all the difference when we’re climbing the hills in the Lake District.

By now I should now every inch of every step. Over the past months I spent most Friday afternoons walking up and down these steps, at first just with a water bottle for hydration, later with a pack and gradually increasing the weight from four to five to finally eight or nine kilos. I should know that there is chewing gum on the third step on the way to level 3, and that a tiny piece has been chipped off on the second step on the way down from level 2. I should know these things, but I don’t. The grey staircase is brightened only slightly by the colourful doors of the lifts. Only about a month ago I finally figured out the correct sequence of colours: yellow, orange, red, pink, blue, green, white, black. Oblivious to my surroundings I start the climb, one step at a time. Two times to the top, then will follow three ascents going two steps at a time. That is one “set”, I will repeat this two more times. I have worked it all out in my head. 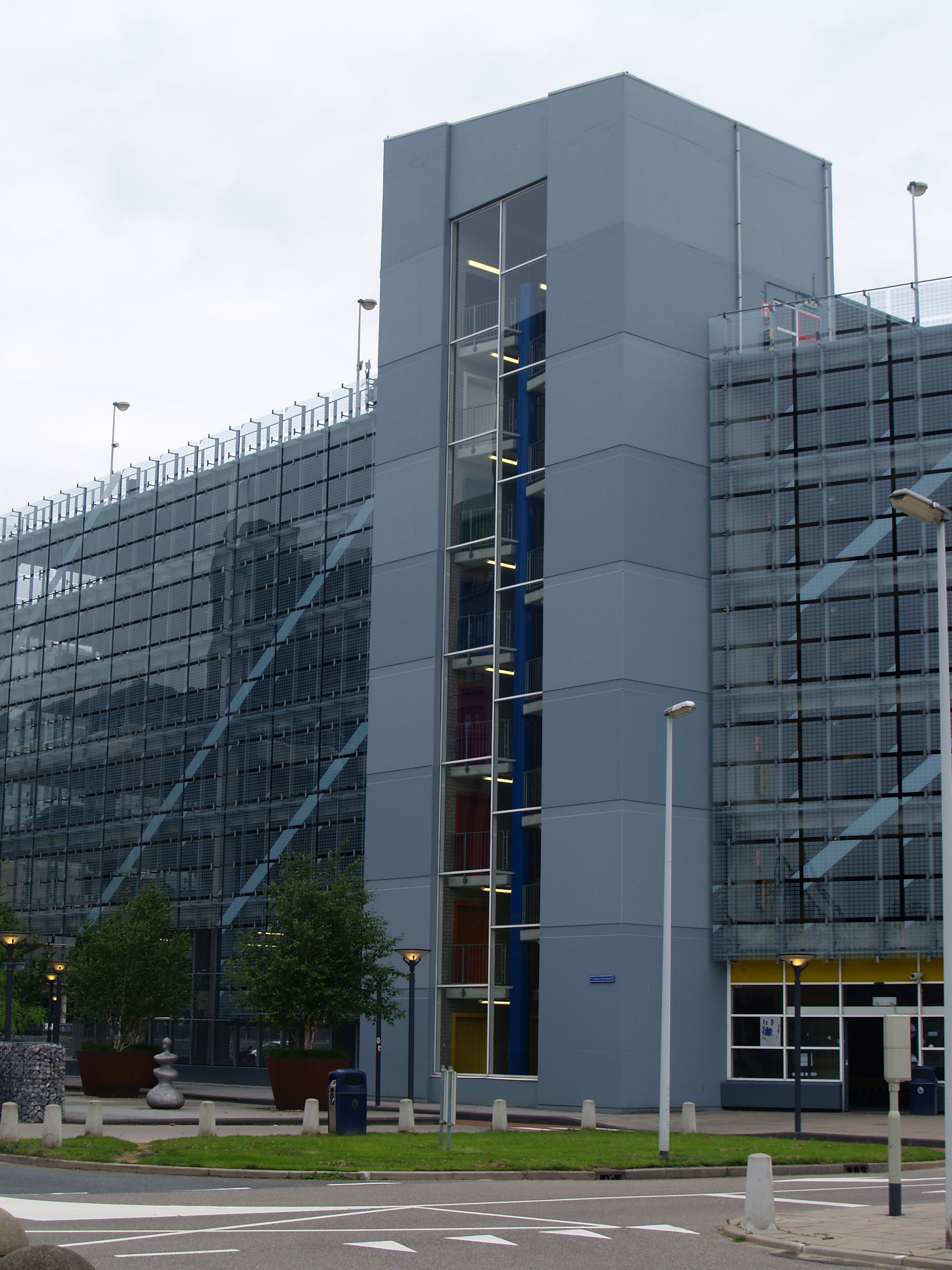 People don’t take much notice, most of the time. Only the ones who stand in the staircase talking to their friends long enough to see me go past at least twice turn their head to have a better look. “Didn’t she just go down a minute ago?” About once per month somebody will ask: “You’re just going up and down? Why?” I will explain that this is the only way to train for hills, let alone a mountain marathon, if you live in pan-cake flat Holland. And I invite them to join me the next week, as I can be found here most Fridays at 4pm.

The only one who ever did come along was Christa. At the Wednesday knit night she once mentioned something about “needing to do some exercise”.  “Oh well,” I quipped, “why not join me for stairs? I have just found the perfect place for some training.” A pact was made then and there: next Friday, 4pm, LUMC car park. And she showed up, week after week on Fridays at 4pm. We each went at our own speed, but every now and then we’d wait for each other at the top, catching our breath and exchanging observations about our efforts. “Calves really hurt today”; “Better than last week”; “Remember the first time? We never thought we’d make it more than twice to the top!” Consistency paid off, and having company made it much easier to show up. Today I am alone, but the pressure of the race is close enough to keep me going.

After reaching the top of the staircase for the sixth time today, I take a short break. A sip of water, a pat on the back. It’s quiet up here. If I had the phone number of Netty with me, another friend from Wednesday knit-nights, I could ring her, and tell her to look through the back window of her house, so she could see me waving at her. We had been joking about that, almost every week. From the edge of the car park’s top level you can just see the back of her house. I pick up the pack, and tell myself I am one third of the way through. It feels easier than last week. But it always feels easier when you’re not yet halfway through.

Two steps at a time taxes the quads and the breathing. One step at a time kills the calves and the hamstrings. The hospital staff who finish at 5pm are now coming to the car park, more people wondering why I have a face like a tomato, and don’t take the lift instead. How quickly will you get to A&E if anything goes wrong here, I wonder? I look where I put my feet, last thing I need is to fall down the hard concrete steps and get an answer to that question. I look up at the top of this flight. Level 6. I had hoped to see level 8. I soldier on and tell myself I can have a break at the top.

By the penultimate descent, the “down hill” bit is no longer the rest break I thought it was: it doesn’t last long enough and my muscles are tiring. This time when I get to the bottom there is nobody there. Nobody to think I must be funny in the head, when I come down the stairs, click the “lap” button on my watch (3’07”, could be worse, but slowing down), turn around and head up there again. After the fifteenth descent, I leave the car park without looking back, and the staircase is empty again.

1 thought on “The last of the stairs”