I like my orchestras like my coffee and my wine: big, bold, pronounced, at times deep, and dark. No sugar. Straightforward and honest. So it should come as no surprise that I have a soft spot for the Berliner Philharmoniker.

Recently I had the pleasure to hear the “Berliners” not once, but twice, conducted by Sir Simon Rattle. I first heard them live in 2011 in the Concertgebouw in Amsterdam with Mahler’s third symphony. It was love at first sound, and my love has grown ever since (not entirely unrequited, I should add: their @BerlinPhil twitter account has given me a few likes and one retweet!). I have long known of the Berliners, and their reputation for good, solid performances, live and recorded. Since hearing them live four years ago, I have almost become a stalker, checking their touring schedule to see if they are playing anywhere near me, and then pouncing on the tickets. Fortunately I live close to New York, and they seem to like Carnegie Hall. Last year they brought Schumann’s symphony no 1 and 2. This year in November, we had two dates over Beethoven, and the love affair continues to deepen. 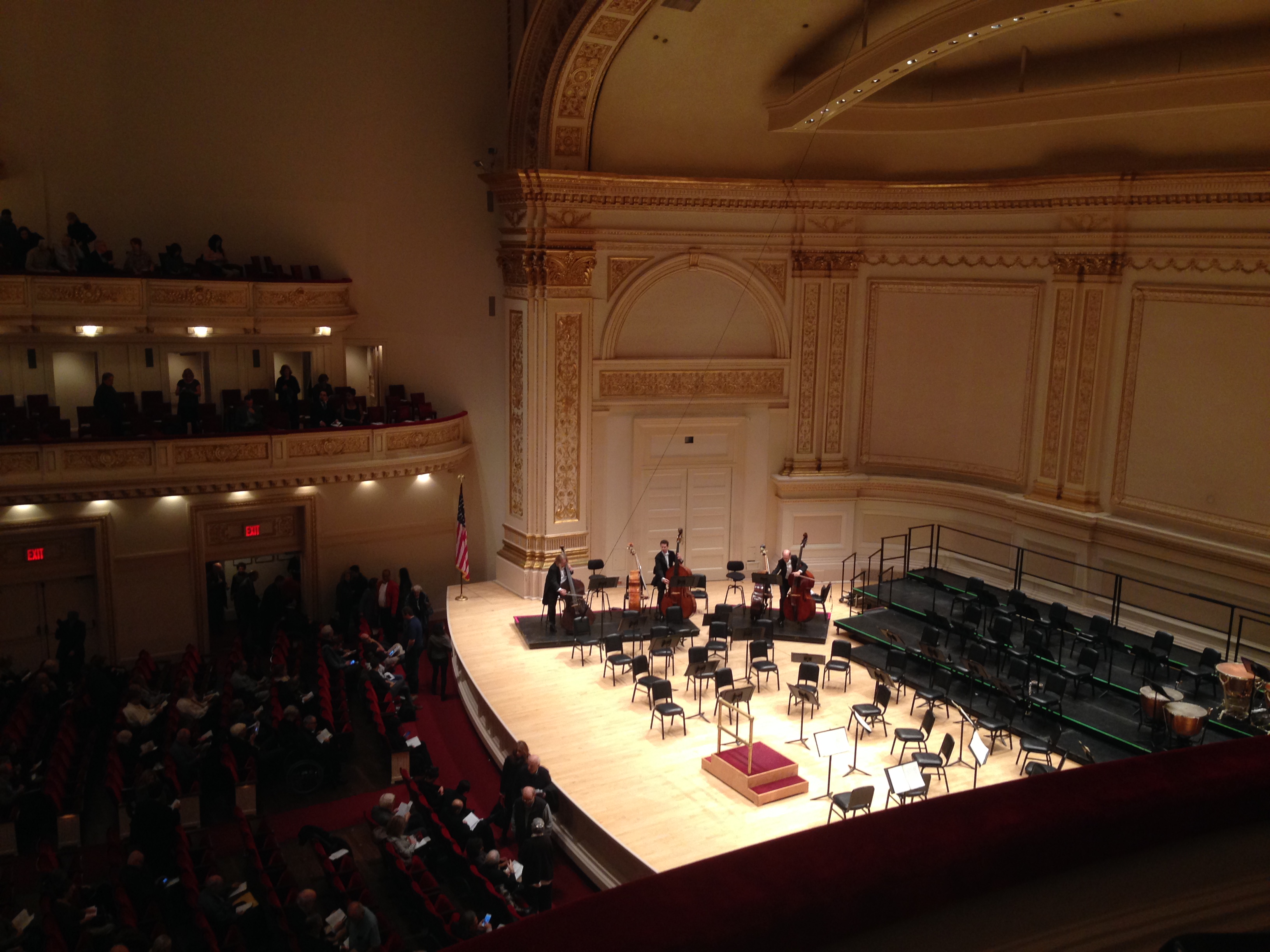 The Berliners and Mr. Rattle decided for this season to play the entire Beethoven symphony cycle, and record it. For those lucky (and wealthy) enough to get tickets for all five evenings in NYC, it must have been quite an experience, and I wish I could have been one of them. There was the odd rumble from critics about the programme. (But can I find the link to the review, can I? Of course not…) The basic argument: The orchestra’s appearance is a sure sell-out, and instead of using this as a vehicle to attach some more challenging (or more recent) pieces and give them wider recognition, Mr. Rattle has made a safe bet. Some people are never satisfied, I guess. As a conductor and musical director, Mr. Rattle has worked hard to bring new or less well-known music to a wider audience. Why not allow the man a chance to indulge in this guilty pleasure that all conductors seem to share? (He agreed in an interview  with the statement that: “Conductors are basically very simple people. All they actually want to do is conduct Wagner’s Ring Cycle and do a cycle of Beethoven symphonies.”) But for those who’ve taken the time to listen to the long version of that interview he gave for the Digital Concert Hall, it becomes clear that this was much more than just giving in to a slumbering ambition. The Berliners and Rattle have each made their own recordings of the Beethoven cycle, and performed them, but never like this together, and both sides were eager to explore this core repertoire in this highly concentrated format. Five cities, five full cycles, one recording. And for me, the New York leg of their musical journey turned out to be a match made in heaven.

If it is not clear yet at this point, here’s the disclaimer before you think I’m writing a regular classical music concert review: I’m a fan, not a critic. I don’t have a degree in music, I never took any music history or appreciation classes, and I have an extremely limited knowledge of the repertoire in any tradition. I barely play the guitar (one piece and a half, and badly at that). But I like to listen, and I like to give the musicians my full attention, and somehow I think that I, too, am entitled to put my opinion out there. And despite my lack of qualifications, I have found out that my gut-feeling of what makes a good recording or performance is often echoed by people who know what they’re talking about, even though I don’t always understand the jargon. I also have the bad habit of not listening to the programmed music in advance, so I often hear pieces for the first time during the performance. But Beethoven symphonies? I could whistle along if they were short on wind instruments!

I had tickets for Wednesday 18 Nov. (Leonore Ouverture, 2 and 5) and Friday 20 Nov. (4 and 7). This is quite a different pairing from my CD box set (Herbert von Karajan and Berlin Phil, 1963?, CD reissue, Deutsche Grammophon), but it certainly worked. Leonore was not familiar to me (for reasons I just confessed) and it was added to fill out the programme, because the second and fifth together don’t give a full evening’s worth. I beg your pardon- for me they would. In any case, this is a nice piece to lead in the evening, and it matches really well with the second symphony. The fourth and seventh turned out to be another natural pair, and I have created a playlist on my iTunes to match this new order- while waiting for the release of the new set of recordings in spring 2016…

As you would expect from any professional orchestra, these ladies and gents don’t encounter any technical difficulties. They dance through the notes on the page, with an ease that belies the years of hard training required to achieve this level of perfection- at the individual level, and as a group. But the Berliners bring also a lot of joy and passion to their performances. In the audience, you can hear and see they enjoy playing together, be it in close coordination in high tempo, or in producing almost translucent, quiet passages.

With the first movement of the second, you get a pretty decent chunk of symphony thrown at you. All I could think as it drew to a close was: “Wow! Another three movements of aural heaven to come!” I honestly don’t know how these musicians manage to play together at that speed and with such delicacy, without sounding like a total mess. The sound is tight, nimble, you feel the bass- deep and dark- and yet discern the lightness of the violins layered on top of that.

During the break I reflected on what had happened on the train to New York. I had fired up ye olde iPhone with Karajan’s recordings. I was surprised that the famous opening of the fifth (ta ta ta daaaaaa) felt dull and somewhat jaded, “riffed” one too many times. It made me wonder if I made a mistake, and should have got tickets for a different night instead. I could only hope that a live performance would reignite some of the fire embedded in that iconic piece. And boy, was I right to hope. I can’t say what it was, but pretty much from that first bar I was “feeling it”. Was it the difference between a recording and a live performance? The expectation after that fantastic performance of the second? There is not much you can vary in that “ta ta ta daa” opening, I would have thought, but I immediately perked up my ears and embarked with them on the journey through the fifth. In contrast with the recordings, the wind instruments stood out a bit more (in all four symphonies, to be accurate), bringing a fresh perspective. Was it my location in the hall, or a Rattle accent? I don’t know, and I didn’t care: it worked for me, then and there. Total zen: in the moment, with music doing its job and taking me away from all my worldly worries (and trust me, I have plenty right now).

By the time Friday 8pm rolled around, I was chomping at the bit to hear the fourth and seventh. But could the musicians and their conductor match the ecstasy they created on Wednesday night for me? What if my favourite, the seventh, was not delivering the emotional catharsis I get from its slow second movement? It could (gasp!) mean the end of my love affair! 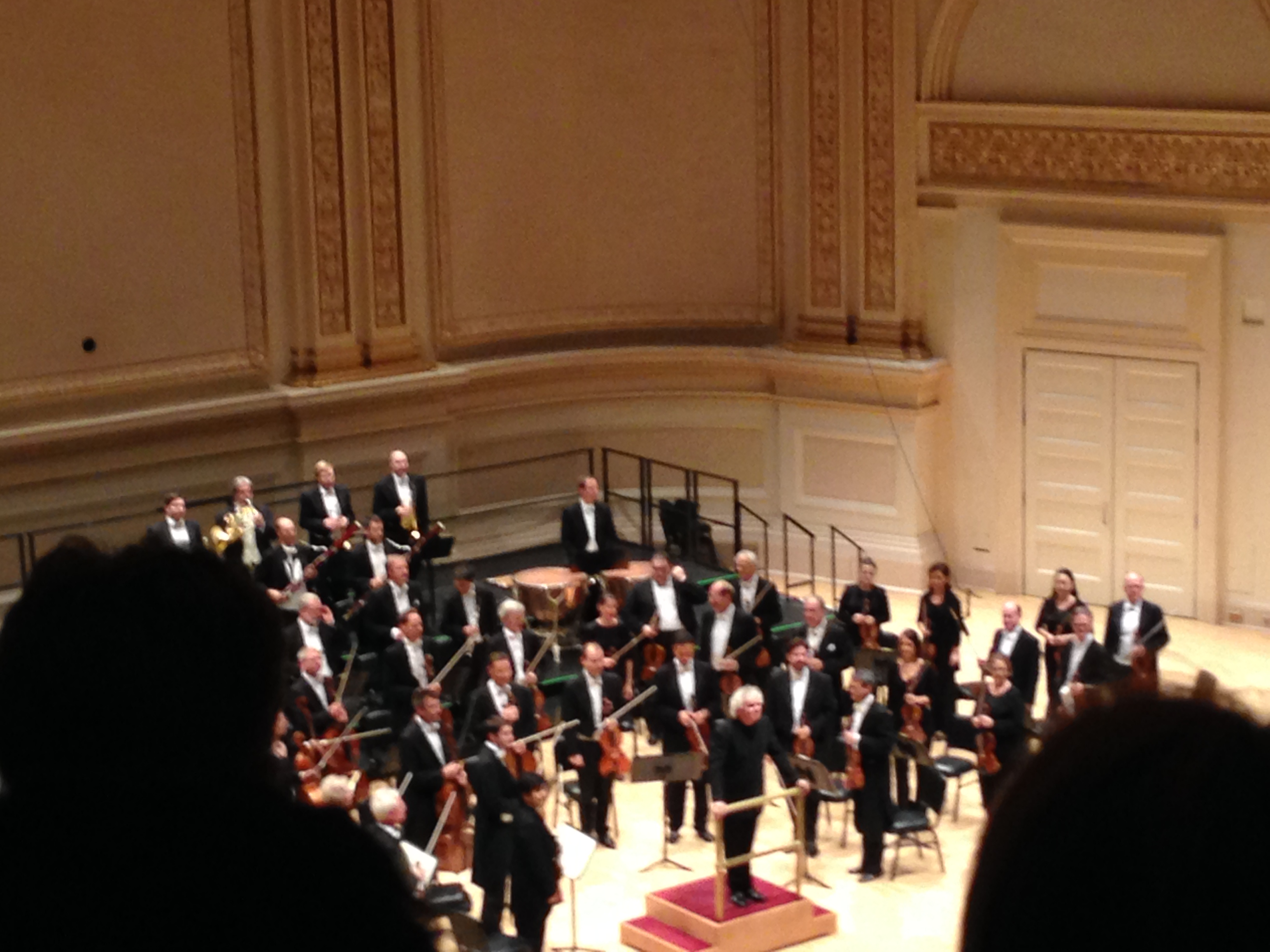 To me, the fourth symphony sounds overall rather happy, without being “easy listening”. It starts in a rather serious tone, but Beethoven quickly changes the tune, and winks: “Haha! Got you! Let’s play!” There is of course the slow, pensive second movement, where Simon Rattle wove a delicate gossamer web of refined tones, with the musicians’ carefully handing over phrases between the instruments, gradually swelling into denser sound, and backing off, again and again. Then, during the third and fourth movement I noticed people near me began bobbing their heads and tapping their fingers along with the music. It’s impossible to sit still when you hear music like this. Promising for the seventh…

For this seventh symphony, I think we need a mosh pit right in front of the orchestra. This is pure rhythm, with a finale that Richard Wagner described as the “apotheosis of the dance”, and it asks to be experienced in movement. If people were having trouble sitting still during the fourth, I don’t know how we managed to refrain from stage-diving and crowd-surfing in complete exhilaration during the seventh. The second movement did its thing for me, but Oh.My.Word- that third and in particular the fourth movement- to have been there, to hear it live… I’ll live to a hundred and never forget the sheer joy that music brought me. Like a tightly coordinated cavalry unit, the music came thundering down the hill, with Simon Rattle giving free rein to his musicians (the conductor’s body language at one point with a wide open move saying “Just keep thundering along, in sync, of course”). And after that first time, before you’ve recovered, Beethoven turns around and says “Did you like that? I knew you would! Let’s do this again!” And the cavalry comes charging down the hill, a second time, a third time, until you’re giddy with euphoria and feel you can conquer the world. Reinvigorated…

And so, on Sunday morning, before 7am, I was lining up for the start of the Philadelphia Half Marathon , and played that fourth movement a couple of times on my iPhone. Then, I tucked my earbuds away, and just let the earworm run through my head for the entire two hours and 36 minutes it took me to complete the course. Who needs Rocky’s “Eye of the Tiger” when you can have the seventh symphony as your Power Song ? 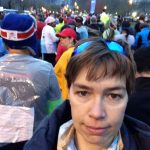 Lining up for the start at Philly Half Mara 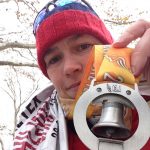 I can’t wait for the box set of the full Symphony cycle to come out. Until then, I can relive the Berlin concerts in the Digital Concert Hall, or explore the many, many great recordings by other orchestras and conductors. These symphonies never get old, it seems, and I must thank Sir Simon Rattle and the Berliner Philharmoniker for helping me to rediscover their beauty, emotion, and energy, which still speak to us across the ages. Thank you!

P.S. In a perfect case of serendipity, I randomly picked up another concert with a Berliner on Thursday, 19 Nov.: a flute and guitar duo at Princeton’s Richardson Auditorium. During the break I looked through the programme notes and found out why the flutist was so incredibly good and looked familiar: Emmanuel Pahud is a principal flute with the Berlin Phil. His friend Christian Rivet is a virtuoso guitarist to match, by the way. Catch them when you can! 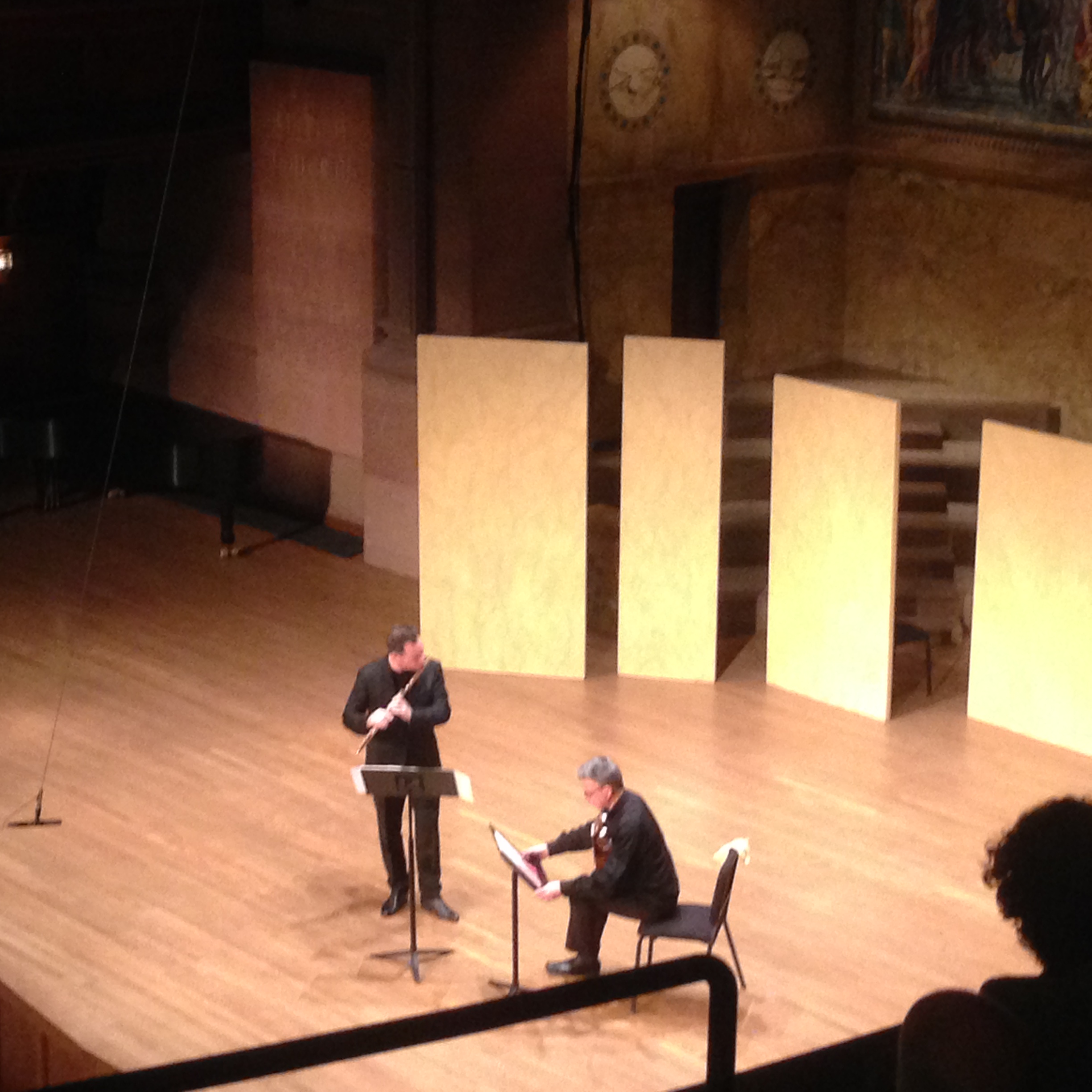